A bill to hobble OPEC is advancing in Congress. Trumps support is the question

It comes as some members of OPEC are trying to extend the group’s two-year alliance with Russia and nine other producers. In 2016, the so-called OPEC+ coalition reached a historic agreement to cut production in order to drain a global crude glut and end a punishing oil price downturn.

On Thursday, Barclays said passage of NOPEC legislation could see the oil market return to a period of instability.

“Overall, we believe that if such legislation moved forward, it would threaten the sustainability of the OPEC and OPEC+ grouping, add more volatility to the market, and make the perceived floor under prices even more fragile,” Michael Cohen, head of commodities research at Barclays, said in a research note.

The OPEC+ cuts that began in 2017 helped oil prices gradually recover to three-year highs around $70 a barrel by the start of last year. The rebound accelerated last spring as Trump prepared to restore sanctions on Iran, prompting OPEC+ to reverse course in June and hike output. But in December, the group agreed to once again cut output as oil prices crashed. 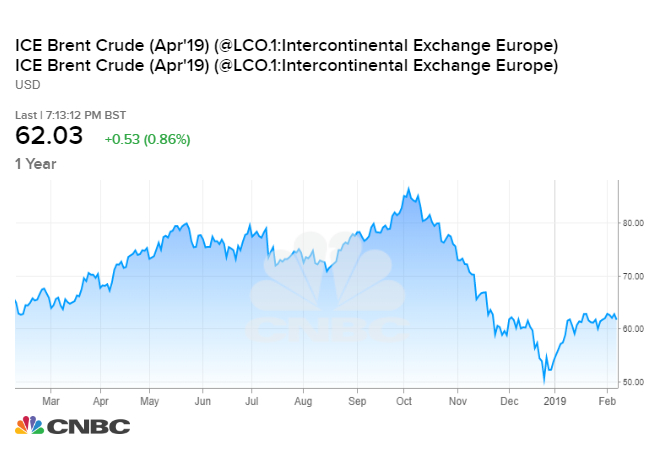 Despite his public criticisms, Trump has found OPEC useful at times. The president publicly lobbied the group to use its control over about a third of the world’s oil supply to drive down oil prices. He thanked Saudi Arabia after the kingdom surged output by nearly 1 million barrels a day between June and November.

But Trump has not tweeted about OPEC since the Saudi leadership in Riyadh defied him and pushed through new output cuts in December.

Meanwhile, the Saudis made clear at the time they felt ambushed by Trump’s decision to allow several of Iran’s biggest customers to continue importing oil from the Islamic republic.

That is a view shared by some oil executives.

“The prospect of Iranian sanctions coming back and Iranian oil coming off the market really started to push prices up, and of course when we had the waivers issued by the U.S. government at the same time as OPEC began to produce more, we had excess supply on the market and you saw prices come off,” Chevron Chairman and CEO Michael Wirth told CNBC’s “Squawk Box” on Friday.