Amazon to get cut in half? If you look at these charts, it might not sound so crazy

High-momentum FANG stocks have been hammered for months.

Facebook, Amazon, Netflix and Google parent Alphabet, the premium tech stocks that led markets to records earlier this year, have plummeted by double digits since October.

If the market continues to pull back, one of those names could be setting up for an even bigger fall, said Todd Gordon, founder of TradingAnalysis.com.

By charting a trend channel in Amazon, Gordon has identified where its shares could drop before finding a bottom.

“I’m drawing a trend line connecting three major swing points in this particular trend,” explained Gordon to CNBC’s “Trading Nation” on Friday. “Then what you do is you extend the trend lower to the lowest swing point on this chart. … So if we were to break through support, would a move back to this level look obnoxious or not possible? I say ‘no.'” 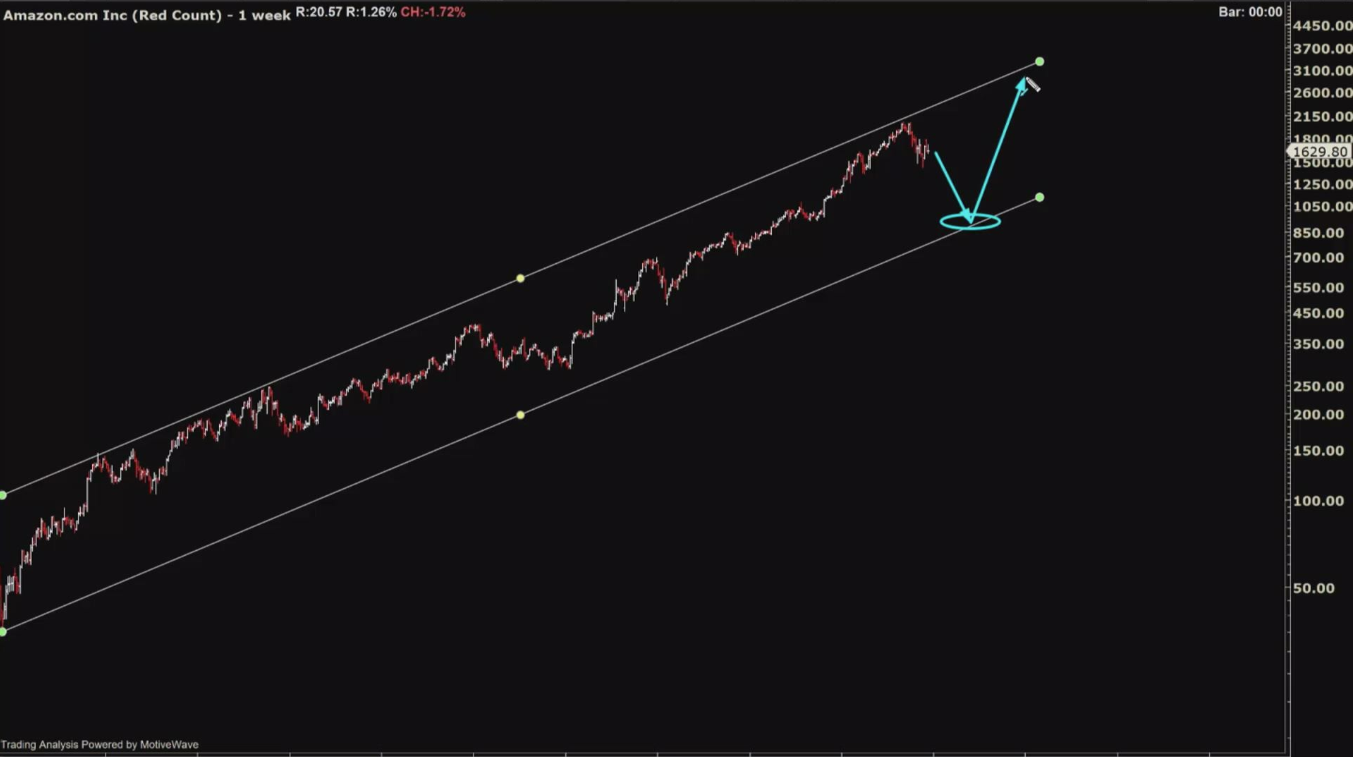 That next level of support in Amazon’s charts is down at $850, according to Gordon’s technical analysis. A drop of that magnitude implies a 47 percent decline from Friday’s close. It would also mark a 59 percent slump from its September record high.

“It could be a tremendous buying opportunity,” Gordon added. “Has Amazon ever done anything like that? Absolutely.” 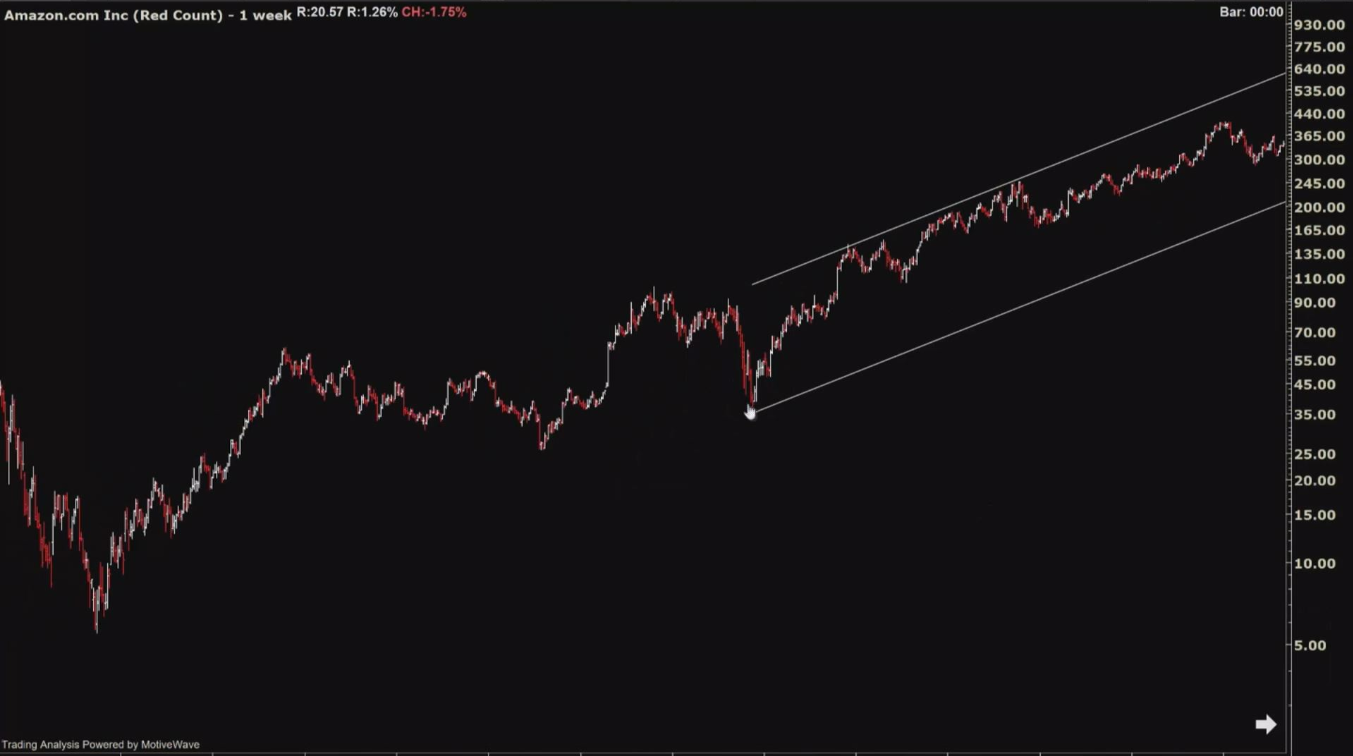 “Obviously this is dependent on a stock market that is continuing this bear market,” Gordon said. “If the S&P were to break through 2,500 support, would a retest of these breakout levels back here seem not possible? I think it’s quite possible. 2,100, 2,150 in the S&P.” 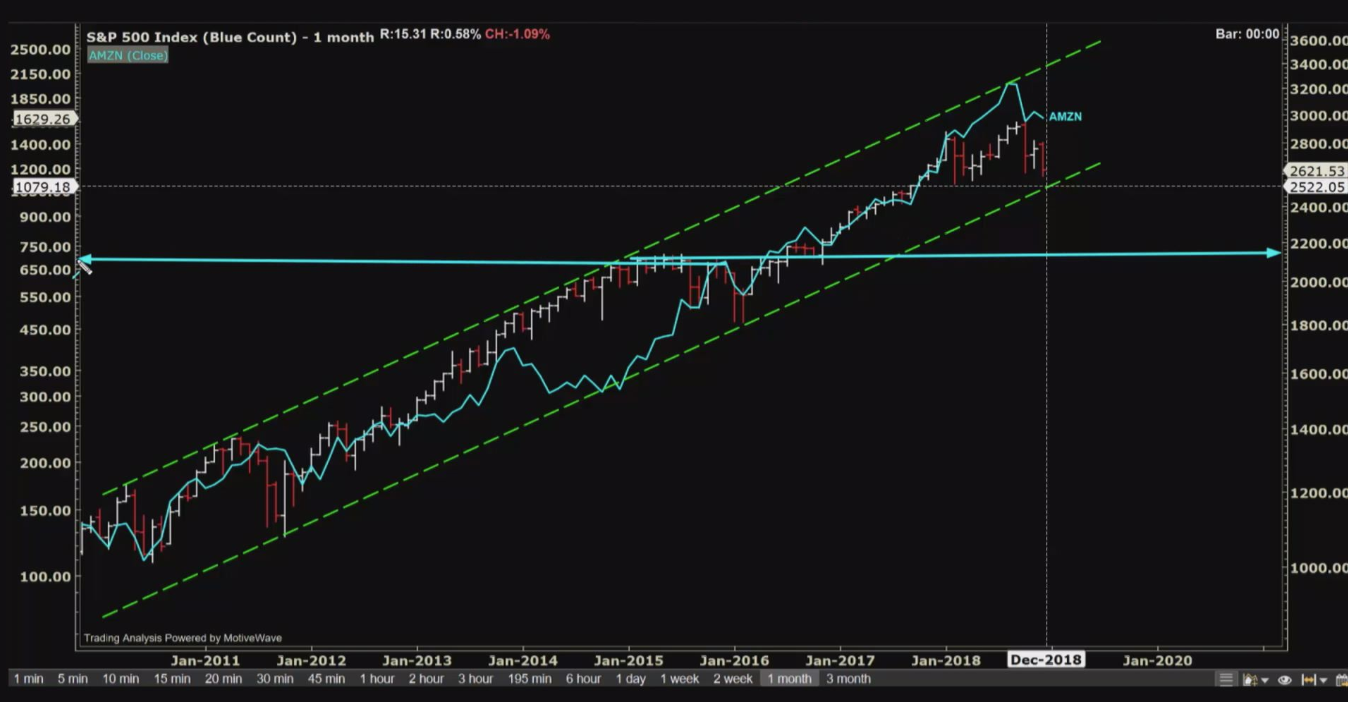